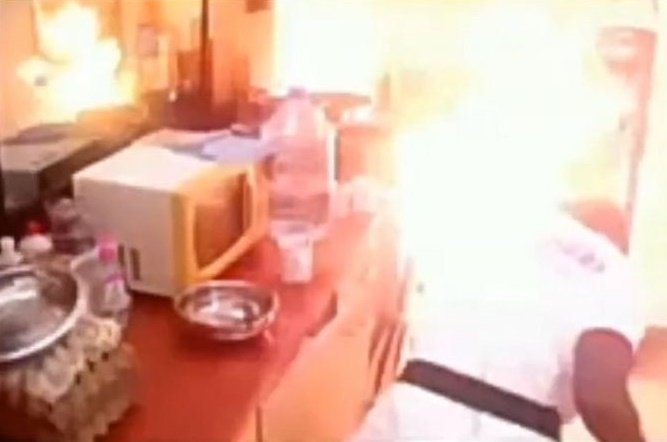 The fire in the kitchen

It will be recalled that there was palpable fear among housemates in the ongoing Biggy237, a Cameroonian reality TV show, after fire broke out inside the kitchen of the building on Thursday night.

Cyril Akonteh, the show’s managing director, told BBC Pidgin that the fire outbreak started from a microwave not properly handled in the kitchen.

“Fire started from a microwave that was not properly handled,” he said.

According to him, the housemates were engulfed by panic at the outset but summoned the courage to put out the fire when they realised they could manage the situation.

“The housemates were panicking when the fire started but when they realised that it was something they could manage, they quenched the fire and things returned to normal,” he added.

Akonteh said the primary aim of the show is to foster peace amid lingering unrest between French and English speaking regions of the country.

He said the show hopes to teach people from the country’s different backgrounds how they could live together using the experience of the housemates drawn from various areas.

The winner of the show is expected to win a grand prize of $17,820 alongside a dream trip to Dubai.

TheCable Lifestyle had earlier reported how several Nigerians took to social media to mock the country’s version of the show, citing various inadequacies in infrastructure and general organisation.