Posted on August 8, 2020 by bamissfo_adams
The directive followed the failure of various authorities in the state to address three major issues that had severely caused petroleum tanker drivers pains. 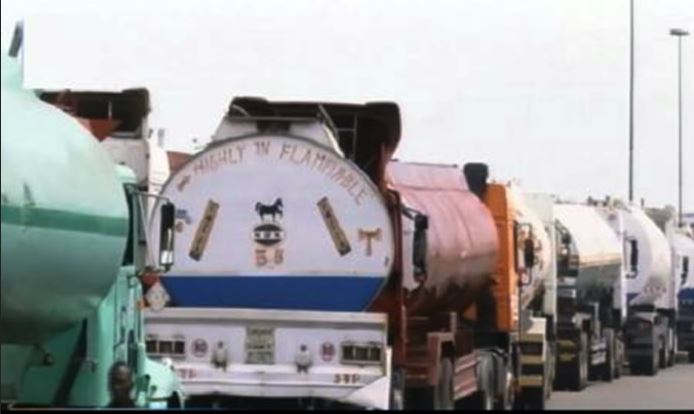 According to a report by The PUNCH, the National Leadership of the Nigeria Union of Petroleum and Natural Gas Workers has directed petroleum tanker drivers to withdraw their services from Lagos State with effect from Monday.

NUPENG said on Friday that the directive followed the failure of various authorities in the state to address three major issues that had severely caused petroleum tanker drivers pains and harrowing experiences in the state for several months now.

It said this in a statement signed by the National President, Williams Akporeha, and the General Secretary, Olawale Afolabi, with the title ‘NUPENG leadership directs withdrawal of services by petroleum tanker drivers in Lagos State with effect from Monday, August 10, 2020.’

The union said, “The entire rank and file members of the union are deeply pained, frustrated and agonised by the barrage of these challenges being consistently faced by petroleum tanker drivers in Lagos State and are left with no other option but to direct the withdrawal of their services in Lagos State until the Lagos State Government and other relevant stakeholders address these critical challenges.

“It is sad and disheartening to note here that we had made several appeals and reports to the Lagos State Government and the Presidential Task Force for the decongestion of Apapa on these challenges but all to no avail.”

NUPENG said it had made wide consultations with various leadership organs of its union and with other key stakeholders in the oil and gas industry.

It said it “resolved to embark on an indefinite strike beginning from 12 am, Monday, August 10, 2020, if there are no decisive and convincing actions from the Lagos State Government to address these concerns and challenges.”