America Grammy Award winner, Cardi B is set to release her first Rap single for the year 2020 and she is collaborating with 2019 hottest female rapper Megan thee Stallion. 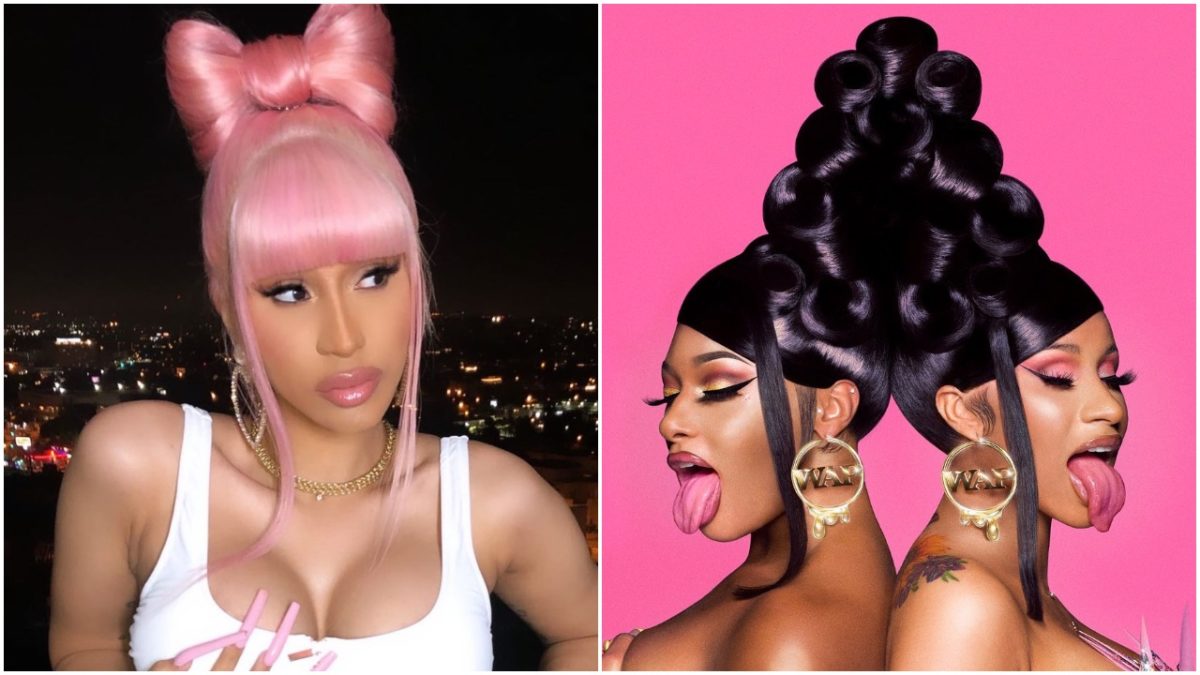 Cardi B took to her Instagram earlier today to make the announcement via her Instagram page to her 71 million followers and confirms the song titled WAP will be dropping on Friday.

Cardi B last single came in 2019 with songs such Press and Please Me. Her 2017 Hit single Bodak Yellow shut her into stardom and in 2018 her first Album titled Invasion of Privacy smashed Billboard record with so many of the songs on the album achieved double

platinum the album its self has been certified Platinum by the RIAA.

Aside doing Music, Cardi is also a mother of one, married to another American Rapper, Offset of

In the last 10 years , Cardi B is the only Female Rapper to ever win a Grammy Award, a feat she has over America’s Favorite Female Rapper Nicki Minaj.

In 2018 both female rappers had altercation that lead to Cardi B picking up a swollen Forehead.

Both Female rapper later buried their hatches few months after the public fight.

Nicki has see then withdraw from the Social Scene as she focused more on releasing new songs and having a babe.