Konji (Sexual Urge) they say is a bastard and that might have just been the situation-ship that BBNaija House mate Tolanibaj found herself last night. 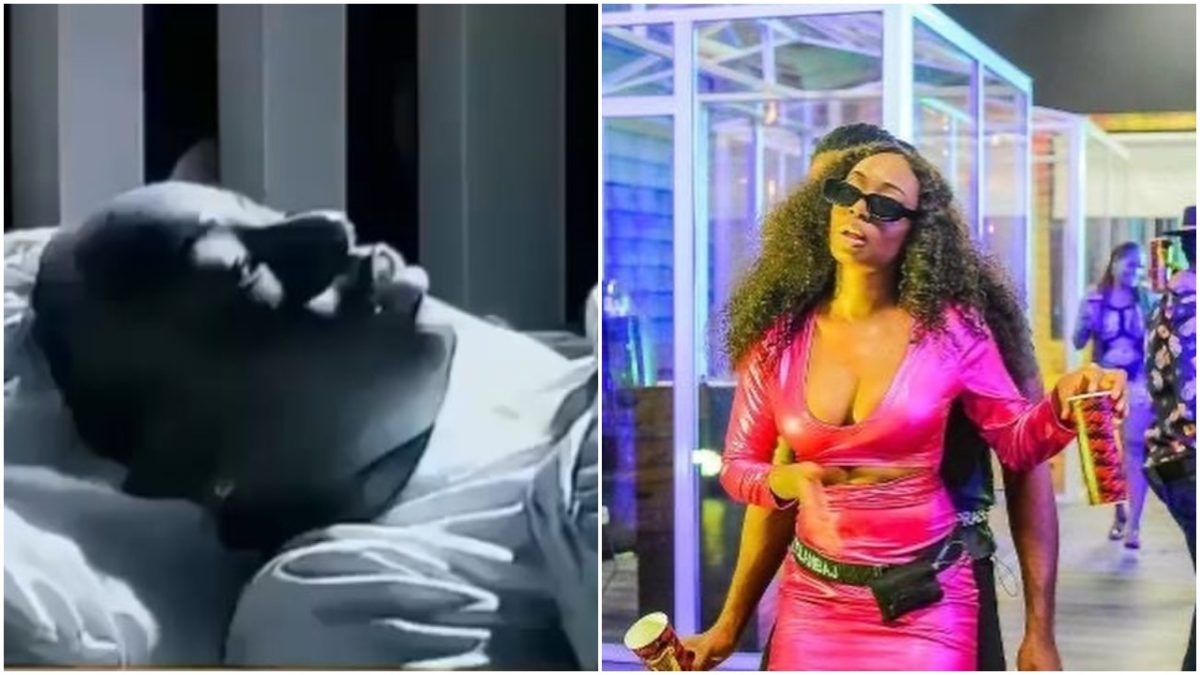 After all the partying and drinking at last night’s party, Tolanibaj seem to have been turned

on sexually from the whole Alcohol intake and with no man in her bed to make her warm ,

she was captured on BBNaija fast Cameras trying to pleasure herself.

not, it might have just been a situation of her trying to adjust her undies or just having

some body reaction down below.

Anyways away from the Tolanibaj drama, we take a look at some other drama’s that occurred after the party, starting with the relationship entanglement between Ozo, Dorathy and Nengi.

Ozo only gives her attention when Ozo is having Issues with his crush Nengi.

Further stating that Ozo shouldn’t fuck with her as she is only in the House for herself.

Meanwhile Ozo also told Kae3na that his officially done with all the games Nengi is playing and just wants to focus on the game and winning the price.

Also Erica had a late bed side conversation with her current male bestie in the House ,

Laycon as she talked about the fact the Nengi is been hostile to her and all that.

Away from all this after party Drama, Today is the first Officially Eviction Sunday and certainly two housemates would be evicted from the show tonight.

Stay tuned as we unfold all the Drama from 7pm WAT.