Posted on July 24, 2020 by bamissfo_adams
A controversial former senator has been named as a celebrity crush of one of the BBNaija season five housemates. 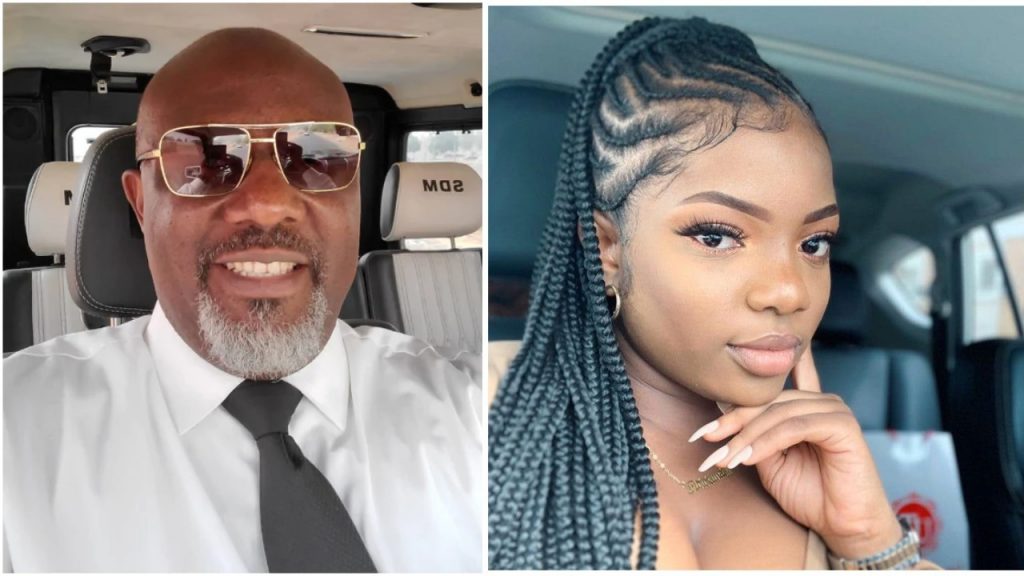 Dino and Dorathy
Big Brother Naija, BBNaija housemate, Dorathy shocked viewers by revealing that controversial former senator, Dino Melaye is her celebrity crush.
It was Kiddwaya who made the revelation about Dorathy’s crush during Thursday night arena games.
Biggie had asked housemates to answer questions about each other.
While revealing that Dino is Dorathy’s crush, In his question tag, Kiddwaya was asked to name the housemate whose celebrity crush is Dino Melaye.
He pointed out Dorathy and the answer was correct as she wrote down Dino Melaye in her form earlier filled in the house.
Biggie had earlier in the day distributed forms to the housemates to fill out personal traits, nicknames etc.
Dorathy is known for her massive breasts.
BBNaija Dorathy Bachor is a 24-year-old entrepreneur from Lagos. She believes she is the only one who should make you smile. Her sassiness will definitely prove to be an asset in Biggie’s house.