A Nigerian woman who claimed to have been selected for the BBnaija show but was ignored on the kick off day has lamented. 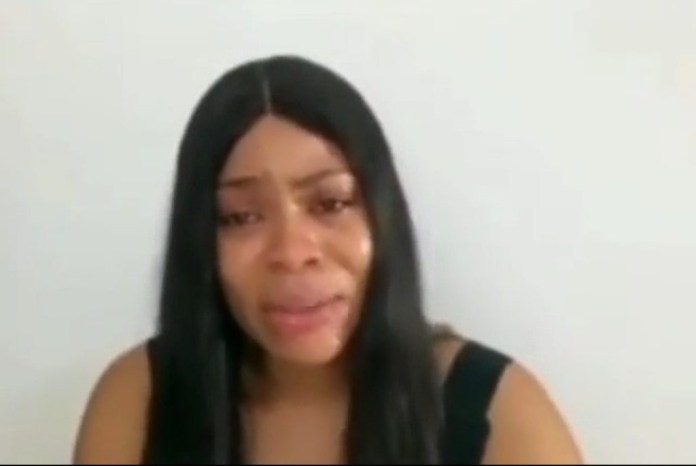 The lady weeping profusely
A Nigerian woman has taken to social media to weep and lament after claiming that she was selected as one of the Big Brother Naija season 5 housemates, which kicked off last night only to discover it was all a scam.
Narrating the story, she said she registered online for the reality show on 20th May 2020, and also did the online audition afterwards.
On 17th July, she claimed that she received a mail congratulating her for being part of the housemates for the season.
However, on getting the notification, she discovered it was all a scam and she has appealed to BBNaija organisers to render help to her.
Watch video below: