The suspect defiled the minor twice and gave her N80 to stay quiet about the unfortunate incident. 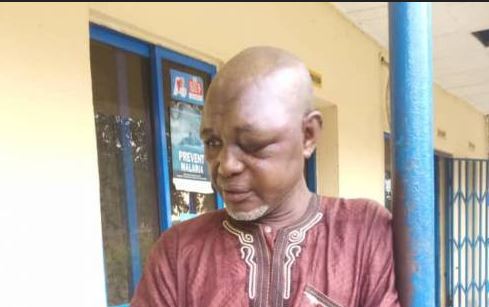 A 70-year-old man has reportedly been apprehended by the police in the Chanchaga area of Minna, Niger State for allegedly defiling an eight-year-old girl.

The suspect, identified as Mohammed Sani Umar (Tela) allegedly raped the girl twice before giving her N80 to stay quiet about the incident. But the young girl later revealed that the septuagenarian defiled her when her mom noticed her strange behavior and examined her.

Narrating the ordeal, the girl’s uncle, Abubakar told Sahara Reporters: “She was sick for some weeks and after every treatment, she was still not very well. Then, a neighbour advised her mother to keep a close watch on the girl, which the mother started doing.

“After some days, she saw some stains in her underwear and asked her what happened to her.

“The little girl took the mother to his place and on reaching there, she just pointed at him.

“On sighting the woman and the girl, he started begging them to cover it up so he will take responsibility,” Abubakar narrated.

He also said Umar confessed to the crime after he was beaten by angry members in the community before they handed over to the police for further investigation and prosecution.

“The woman started crying and shouted for help. People came around, dragged him to the family house, where he was beaten, and confessed that he had sex with her twice.

The family also appealed to the police to ensure justice is served right in this case as they fear that the matter could be swept under the carpet because Umar is influential in the community.

The Divisional Police Officer said the case would be forwarded to the state command on Monday.

“We want the police to do the right thing because the man is very influential and has some people who usually bail criminals arrested by the police.

“He knows the rich people in the community and there is a possibility they would conspire with the police to release the man and sweep the matter under the carpet.

“The police should ensure justice is served right in this case,” the family urged.