Nigeria’s former President Goodluck Jonathan has been warned after a prophet saw a damning vision about him. 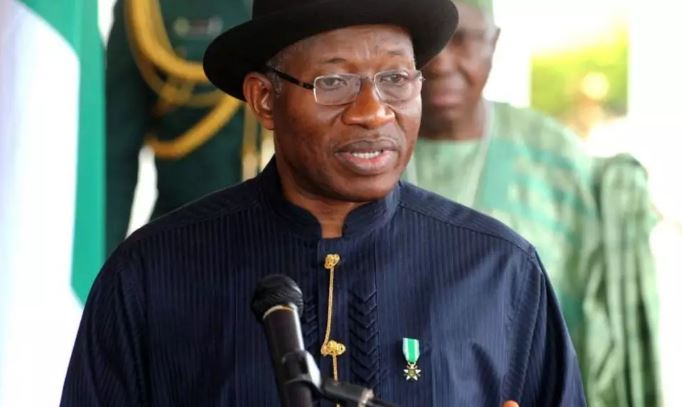 Goodluck Jonathan
The general overseer of Mount Zion Divine Gospel Ministry Inc., Prophet Bomadi Serimoedumu, has cautioned former President Goodluck Jonathan to be careful, saying his enemies would attempt his life this year, a report by Vanguard has revealed.
The man of God specifically said that assassins are after Jonathan’s life.
Prophet Serimoedumu sent the prophetic message Sunday this week at Paradise City Zion, headquarters of the ministry at Bomadi, Delta State.
He said, “they will send assassins to kill Goodluck Jonathan, I mean his political enemies, but they will not succeed.
“Pray for Jonathan, let Nigerians pray for him, let the whole Ijaw pray for him because he has much assignment to fulfil”.