This came just as the cleric disclosed that all those who are now praising the deceased after his death but didn’t do so when alive would be punished. 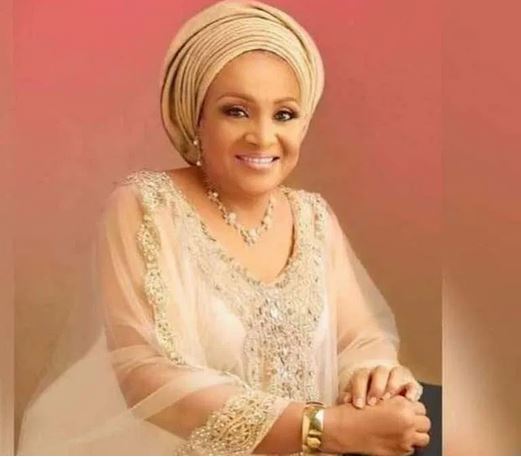 Vanguard reports that as the eighth-day Fidau prayer for former Governor Abiola Ajimobi of Oyo State was held in Ibadan yesterday, an Islamic Cleric, Sheik Muideen Ajani Bello, has said the widow of the deceased, Mrs Florence Ajimobi will have to observe the mandatory 130 days in widowhood.

This came just as the cleric disclosed that all those who are now praising the deceased after his death but didn’t do so when alive would be punished.

Sheik Bello said this during the eighth-day prayer which was offered at the Oluyole residence of Late Ajimobi.

There was strict adherence to COVID-19 protocols as few people were granted entry into the venue of the prayer.

The cleric said, “All those who are eulogizing Ajimobi after his death but did not say so when he was alive will be punished.”

“All creatures will die. Ajimobi did so well when he was alive. He served well. He built mosques for Almighty Allah.

Life is vanity. When we were putting his corpse in the graveyard, I asked myself, “is it not the corpse of the person that built this palatial building we lowering into the grave?”

To the widow of the deceased (Ajimobi), he said she would have to observe the mandatory 130 days in widowhood.

“You, the wife of his excellency will spend four months and 10 days. You will come out of widowhood on November 2, 2020. When you are observing the 130 days widowhood, you should be praying for your husband.”

“After the mandatory 130 days, you are free. Take care of your children. Tell your children to behave in a way that people would say Ajimobi didn’t die.”

While giving the vote of thanks on behalf of the family, the son of the deceased politician,  Idris Bolaji Ajimobi, described his father as an epitome of good virtues.

He said, “Our father is irreplaceable. Our daddy came, you saw and you conquered. We shall continue to make you proud till the rest of our lives”.