Kind-hearted Nigerians have contributed 22M to the children of Olamide Alli, the woman who was murdered by her fiance. 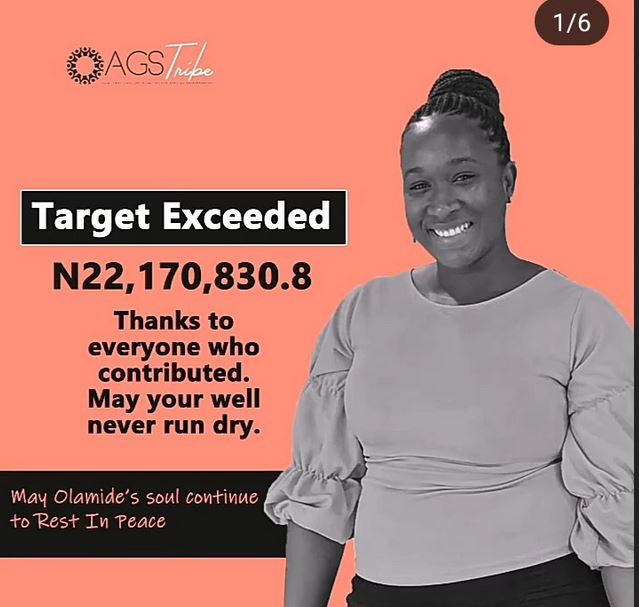 A Trust Fund for the children of late Olamide Alli, who was murdered by her fiancé, Chris Ndukwe, has exceeded the 20 Million Naira target.

AGS Tribe, a women entrepreneurial empowerment community Olamide belonged to before she was brutally killed by her fiancé Chris Ndukwe, decided to set up a trust fund for the two children she left behind – aged 7 and 3. 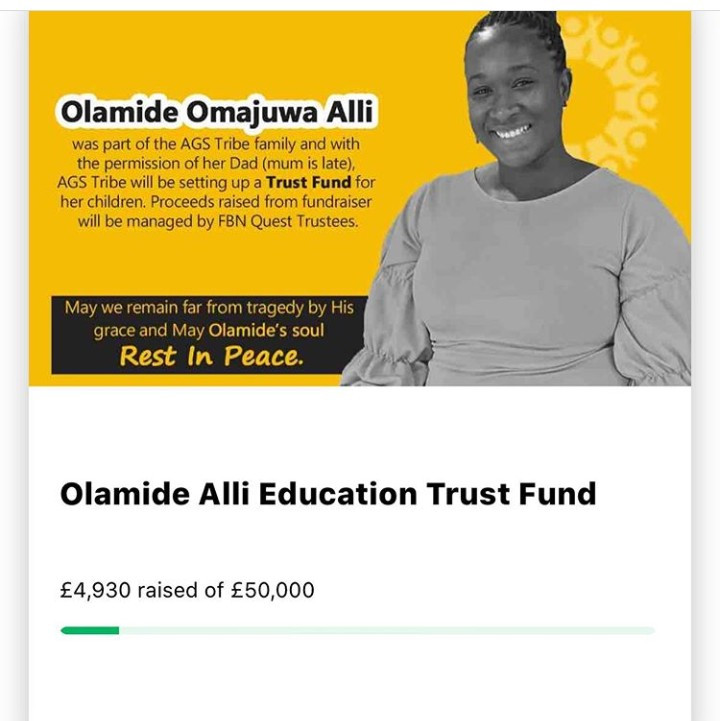 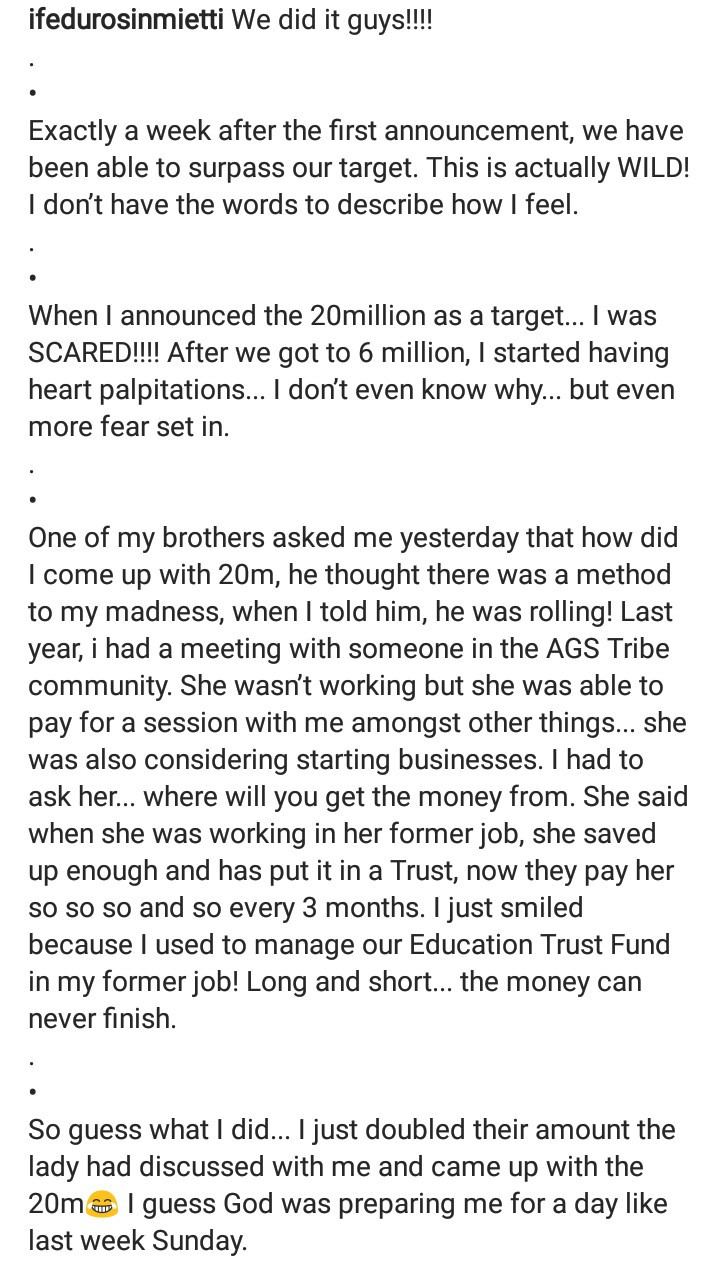 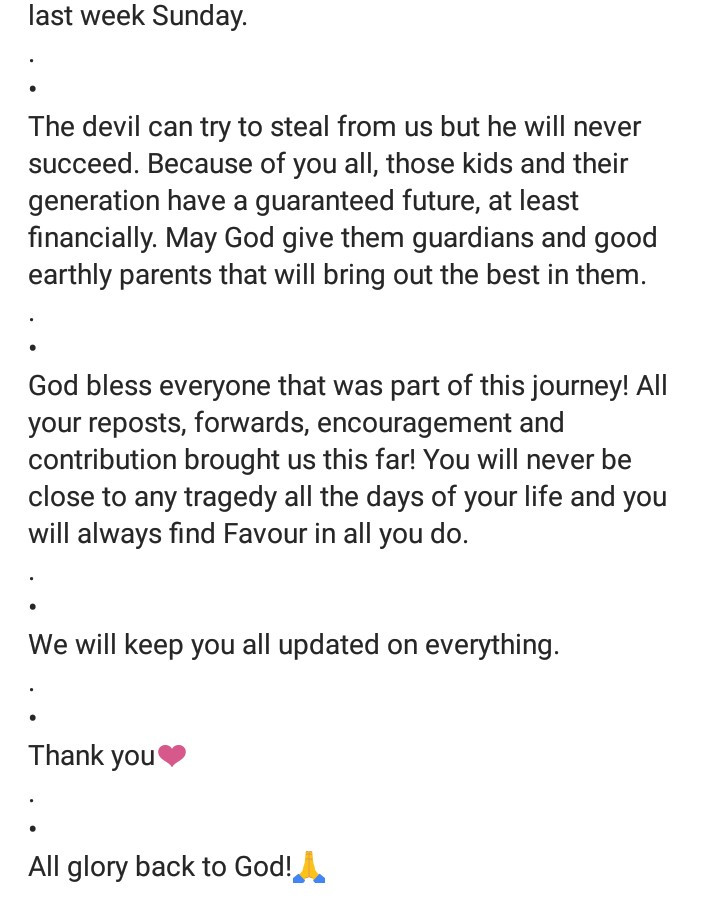