Cristiano Ronaldo has taken to social media to show off his latest new hairstyle. 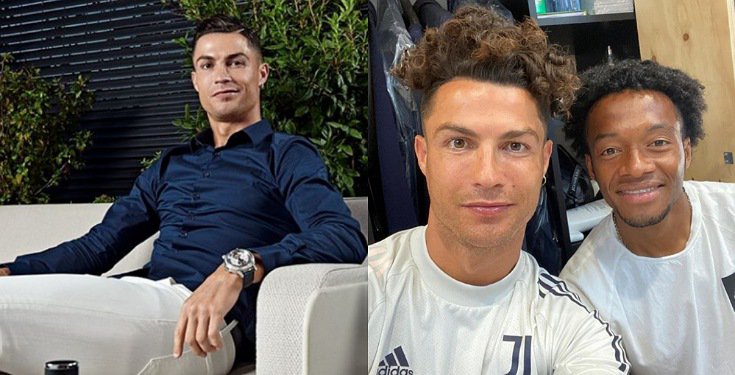 Ronaldo flaunts his new hairstyle
Portuguese international and Juventus forward, Cristiano Ronaldo will be playing with a new hairstyle in future games after taking to social media to show it off.
The multi award winning footballer shared the new photo on his official Instagram page today, June 30.
In the photo, CR7 was spotted alongside his Juve teammate, Juan Cuadrado.
Asking for the opinion of his fans, Ronaldo demanded to know if he looks like his teammate and brother, Juan, owing to their similar hairstyle.
Sharing the new photo depicting his new hairstyle, the Juve player wrote, “What do you think about my look like my brother Panita?!”
See photo as shared by Ronaldo on Instagram below; 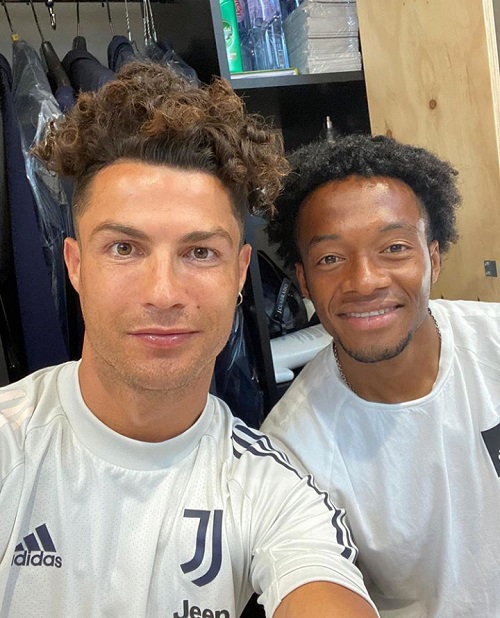