The reality star shared the new photo of herself via her official Twitter page today, June 29. 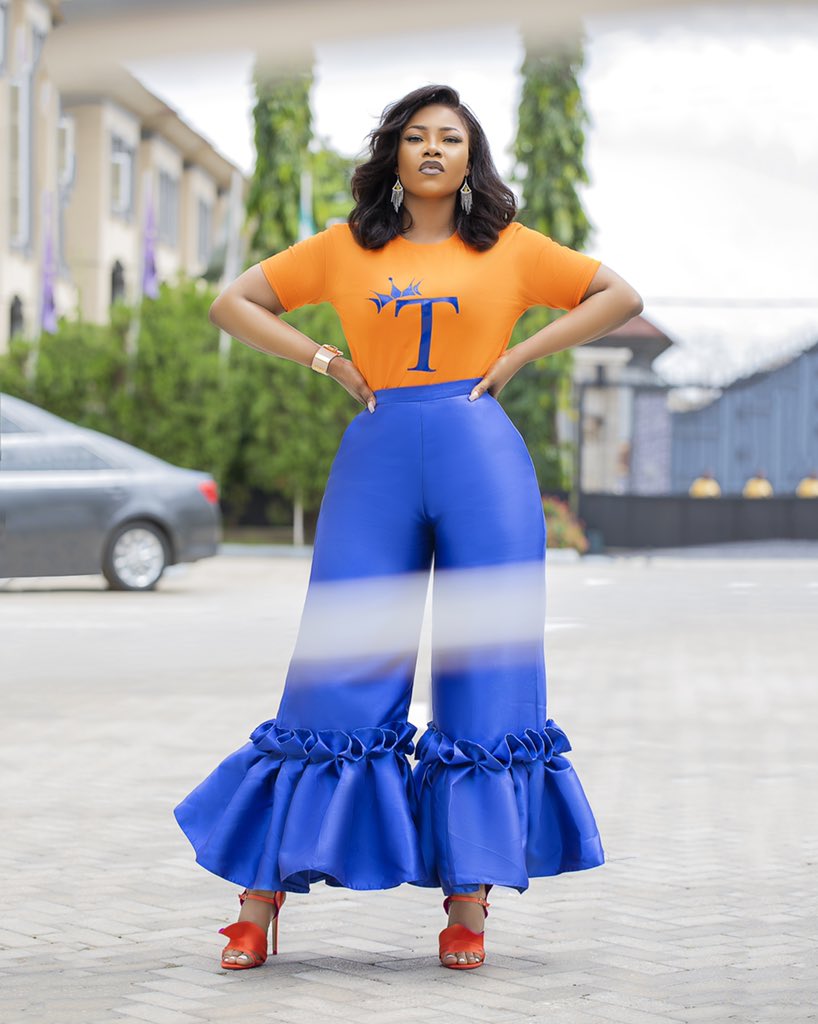 Sharing the new and adorable photo of herself in orange top, blue trousers and pepper red hills, she gushed over over herself revealing that she gets better every day.

It should be recalled that the Port Harcourt born screen diva recently launched her clothing line, NLNT.

Everyday, this QUEEN gets BETTER.
Tomorrow we FEAST💃🏽🔱
•
•#PreTachaTitanANNIV pic.twitter.com/tc4rPwUInj

In a recent live video, the influencer addressed her haters who are trying so hard to bring her down. Tacha, who recently launched her own clothing line, vented out her anger and sadness towards the fact that people are desperately trying to bring her down.

She reminded her haters that she was disqualified from the house, so they should stop seeing her as a threat to them. (Read all about it here)