Fisayo Michael better known as MC Fish, a professional hype man, who plunged into limelight after his relationship with controversial actress, Anita Joseph has opened up on some aspects of her private life especially his marriage life in an interview with Saturday Beats. 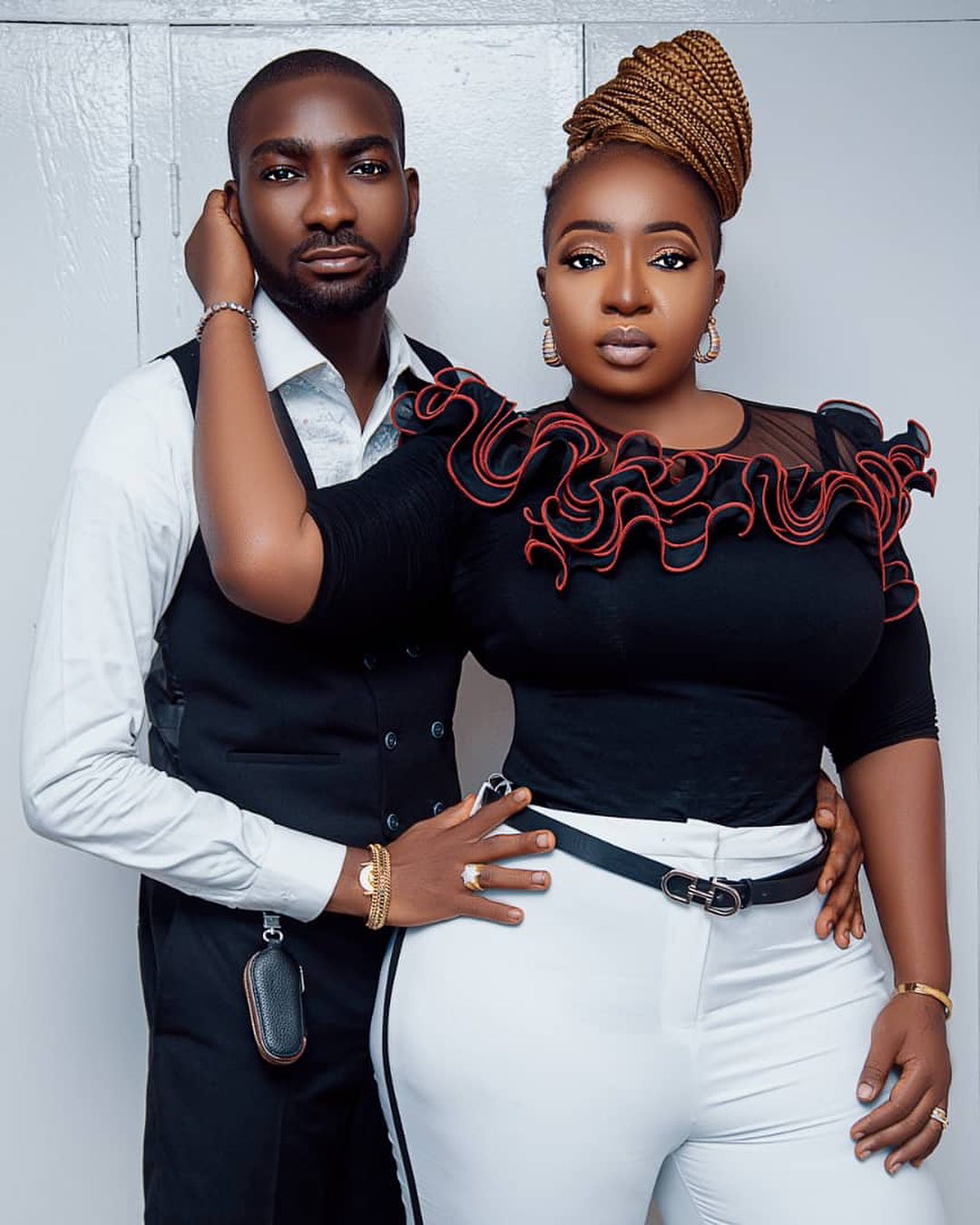 MC Fish is a renowned Master of Ceremony, who married Anita Joseph few months ago, shared his views on celebrity marriage.

Anita Joseph who’s known by movie lovers for her sensual and provocative dressing amid romantic roles she plays, is not snubbing that disposition of hers in movies even after marriage, as her MC Fish is in full support of it.

According to her hussy, he is not got to put restrictions on his wife in playing romantic scenes and he gets her to re-enact the romantic and explicit scenes when she gets home.

“Before we got married, I knew her as an actor and I am okay with her job. Sometimes, when I watch those (romantic) scenes in her movies, I tease her and make her re-enact those scenes for me. My wife and I have very good understanding and she is mindful of the extent to which a romantic scene can go.”

Asked if ‘hype men’ were beginning to get the recognition they deserved, he said,

“Yes, I think ‘hype men’ are gradually getting their accolades because at any event you go, you would see hype men. What stand me out from my peers are my style, charisma and personality. I believe I’m one of the most stylish ‘hype men’ in the country.”

He relished how fulfilling his marriage has been.

“Marriage is sweet, peaceful and also loving. All these are based on the fact that I married the woman I love and my best friend. She is my back bone and my entire support system. I thank God that I met her,” he said.

On how he has been coping being married to a fellow entertainer, the MC said,

“I am coping very well. When other people find it hard to cope, I advise them to join forces. Throughout this COVID-19 period, me and my wife combined our resources to give out good content on social media. I always advise that when two people in the same industry get married, it’s advisable to combine forces for greater results.”

“There’s no other way to handle negative comments from social media than to have very thick skin. It is certain that some people would like one and some would dislike one. Either way, if they don’t talk about one, then one is a nobody. Sometimes when we see those comments, we laugh about them. Me and my wife know that people will always talk.”