The Federal government has in a new development, extended the ease of lockdown beginning from tomorrow Tuesday, June 30 to July 29.

Giving the announcement at the daily briefing of the Presidential Task Force on COVID19, National Co-ordinator, Dr Sani Aliyu, said the extension of the eased lockdown however comes with some modifications. 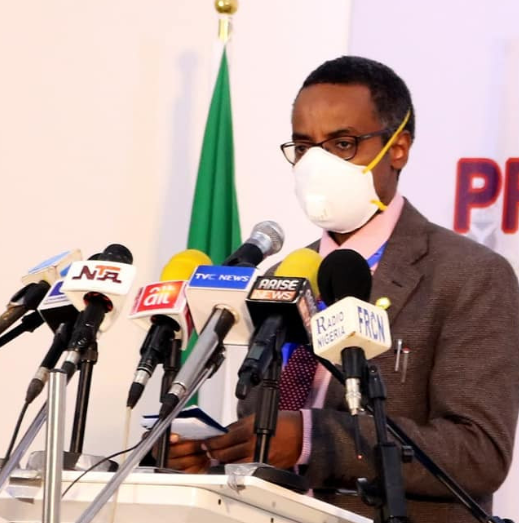 He said anyone without a facemask will not be allowed into any motor park and that commercial buses will only be allowed to operate on 50% capacity.

For interstate travels, movement across state borders will be allowed only outside curfew times effective ffrom the firt of July” he said

As regards Education, Aliyu said schools will reopen nationwide only for graduating classes which are Primary Six, JS3, and SS3.

He added that all primary and daycare centers remain closed until further evaluation. Secondary and Tertiary Schools to remain closed.

Aliyu said there will be safe reopening of airports for domestic flights as soon as practicable.