Accepting his award, the African Giant thanked BET and used the opportunity to shine some light on Africa. “Thank you very much, BET,” he said. “Second time and I appreciate it. I will like to use this opportunity to say that sometime around 1835, there was admission to turn the nation of Africa into a dominated nation. Now is the time to return and go back to the royalty that we were because in order for black lives to matter, Africa must matter.” 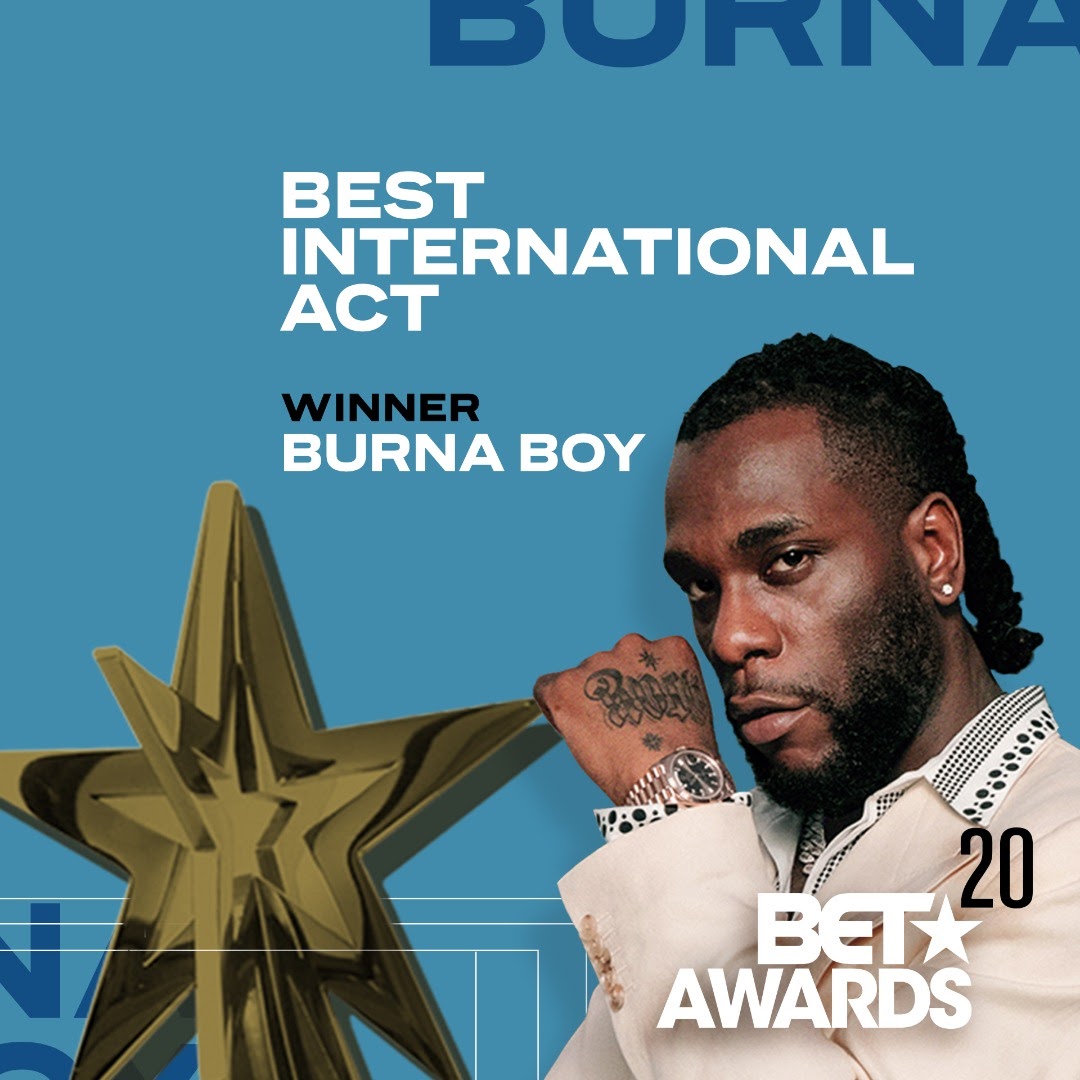 His acceptance speech has been getting lots of positive reviews on social media.” I hope people think retrospectively and see the TRUTH in that statement and live by it,” one user wrote. “Burna Boy’s speech resonates with me. Naija STAND UP! From the Motherland to the Diaspora,” yet another Twitter user wrote.