Earlier this month, we brought you photos from the wedding of a set of triplet grooms who got married to triplets brides in Enugu on same day. See here 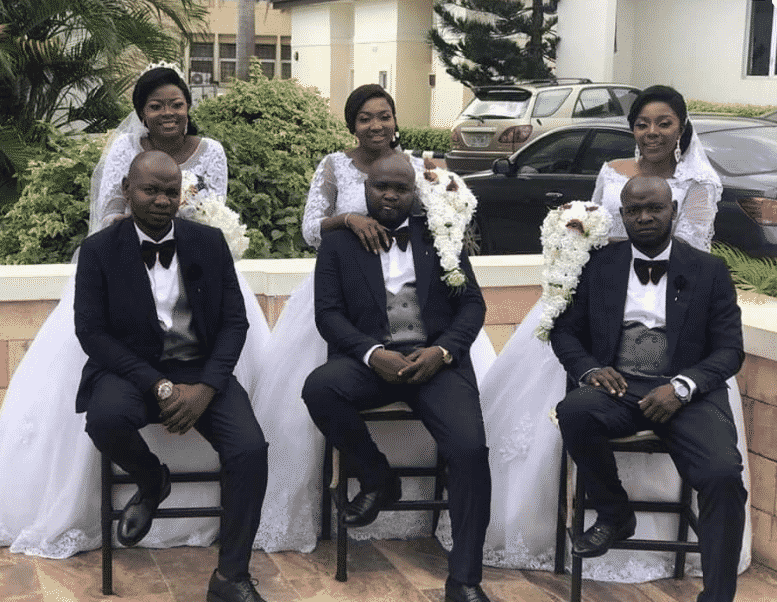 The triplet brothers, with names, Chinedu, Chukwuebuka and Kenechukwu got married to triplet sisters, Dumalu, Okwuoma and Chinwe.

In a recent interview with The Punch, the newly weds talked about their wedding and unique love story.

When asked why the decision, Chinedu said,

“It was our wish, while we were growing up, to have it like that. It was also our mum’s wish for us to marry at the same time. She always imagined the three of us getting married on the same day. She felt it would look very nice and prayed for it to happen because it was not going to be easy for all of us to be ready at the same time.

She died in 2013 so unfortunately, she wasn’t there to witness it. If she were alive, she would have been excited. I know she would have gone down on her knees to thank God for answering her prayer and making her wish come true.

We are not based in one state so we have different stories of how we told our wives. The discussions were done separately.”

On whether their wives objected to the idea of marrying on the same day, Chinedu said,

“When we mentioned it to them, they were excited and had not seen it happen before. So, they were eager to witness it. We are grateful to them because they sacrificed their idea of the kind of wedding they wanted for it.”