Tanzanian man who is a father-of-30, becomes overnight millionaire after digging up huge gemstones worth $3.35 million (Photos)

A Tanzanian miner who happens to be a father of close to three dozens of children became an overnight millionaire after he dug up two massive chunks of one of the world’s rarest gemstones worth $3.35million. 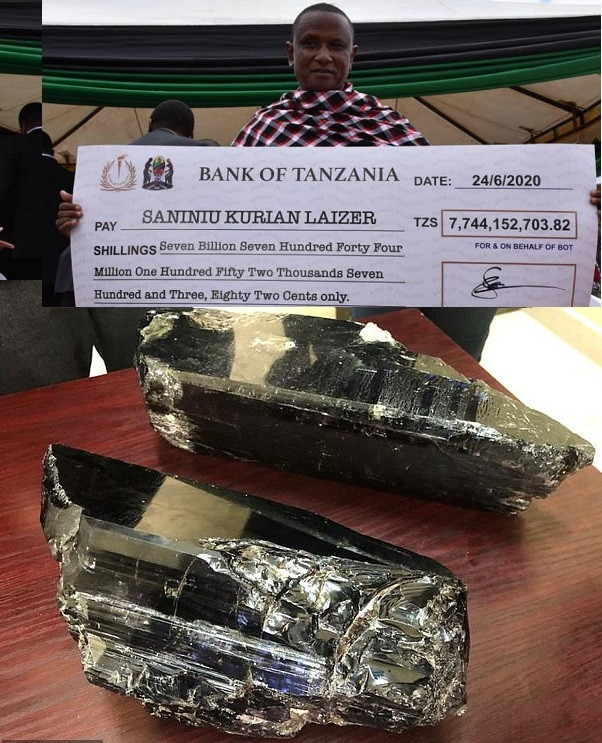 The Tanzanian government handed the quite lucky citizen, identified as Saniniu Laizer a cheque for 7.74 billion Tanzanian shillings ($3.35million) for the two dark violet-blue stones during a trading event in the northern region of Manyara on Wednesday, June 24th. 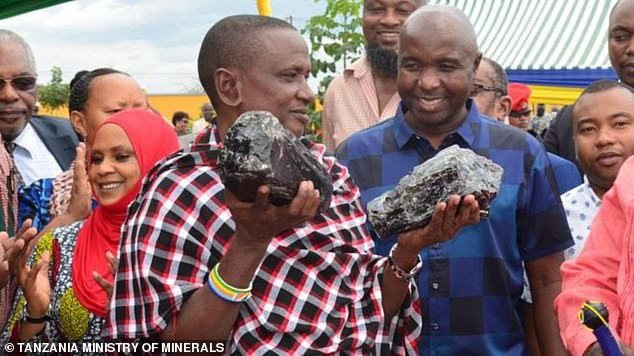 He discovered the rarest gemstones which weighed 9.2kg and 5.8kg in the north of the country last week.

Saniniu Laizer, a father of 30 children who has four wives, vowed to use some of the money to build a school and a shopping mall in his community, where many parents can’t afford to pay for their children’s education. 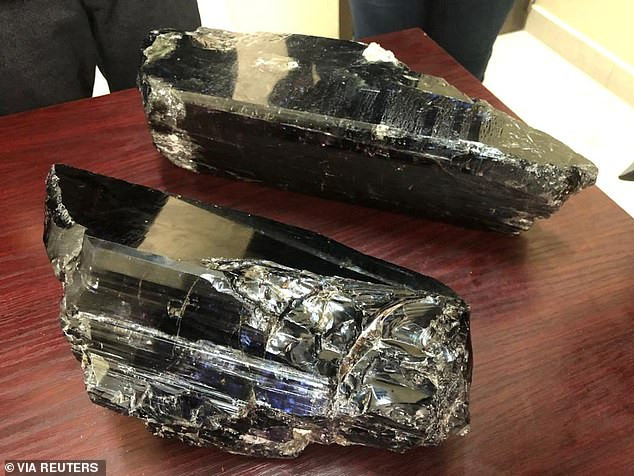 President John Magufuli phoned to congratulate Laizer live on television during the presentation of his cheque.

‘This is a confirmation that Tanzania is rich,’ Magufuli told minerals minister Doto Biteko.