Nigerian Father gives up carrying out a DNA test on his four kids after being told the cost.

A Nigerian Man has revealed the wise decision he made he took his children to a hospital for DNA test.

The man identified as Chidi Okafor, said he decided to take his four children for a DNA test after DNA-related marriage breakup stories became rampant in Nigeria. 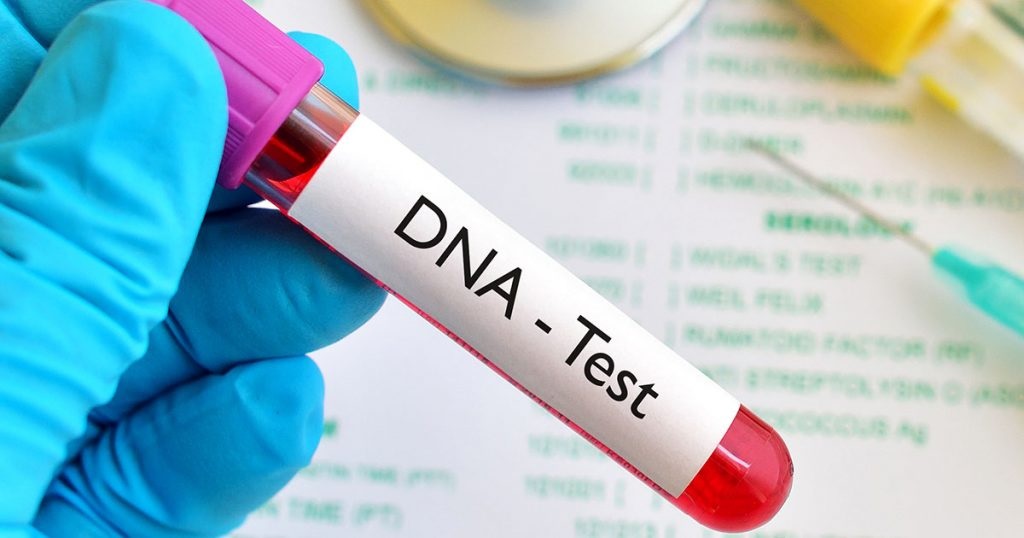 However, he had to retrace his stops and run for his life after he was told the cost of running a DNA test per head.

“Ever since DNA issue raised up, I became restless

Just yesterday morning immediately after my wife left to work, I quickly prepare my four children, drove them to a general hospital far away from home for DNA,

After reading all the comments and the manner people talked about this yesterday , I thought it was going to cost nothing, Not until I was told the cost for each 🏃🏃🏃🏃 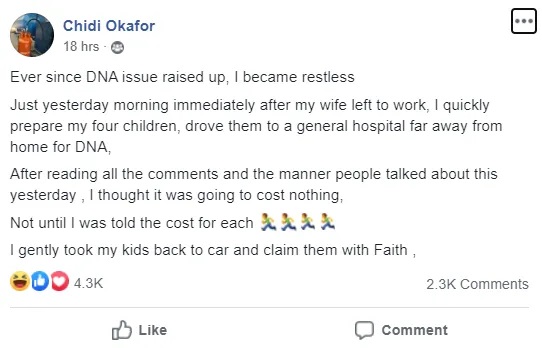