“Never Give Up On Your Son, He Will Grow Up To See Your Effort” – Fans Encourage Tonto Dikeh’s Ex-Husband, Churchill Olakunle

Tonto Dikeh’s ex-husband, Olakunle Churchill has received encouragement from his followers after his touching post on his Instagram page to celebrate father’s day. 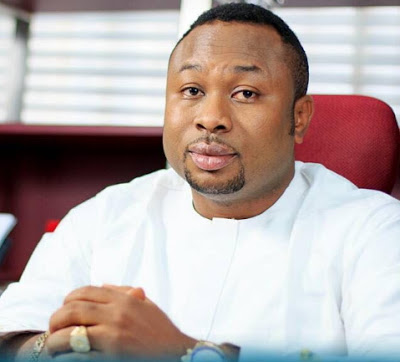 His fan encouraged him not to give up on his son for he will grow up to appreciate his effort and struggles someday to come.

All efforts made by Olakunle to get his son from his mother have proved futile. He has been missing in his child’s life since he and Tonto went their separate ways over some challenges in their marriage.

In sharing a message of hope to celebrate fathers in the same boat with him, the father of one condemned women who use children as a tool to create jealousy and rift between a child and a father.

According to him, a father ought to be treated fairly in issues relating to his children irrespective of the marital challenges or breakup.

@prettyxgirlswag_, a follower of his among others encouraged him to keep up the fight and not give up for his son will grow up to appreciate the effort he made to be part of his life.

“You both are twin. No matter wat never give up on your son cus he will grow up tomorrow and see all the efforts and struggles you went through to be his dad and be dere for him. #internetneverforgets happy Father’s Day daddy Andre” ♥️❣️🙏🏾 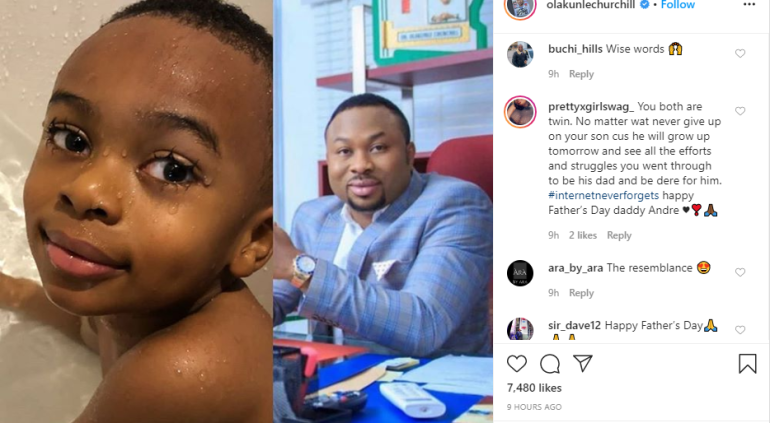