A helpless mother was seen wailing on the streets of Abia state after she was allegedly assaulted by the Police when she went to report a 30-year-old man who allegedly raped her 5-year-old daughter. 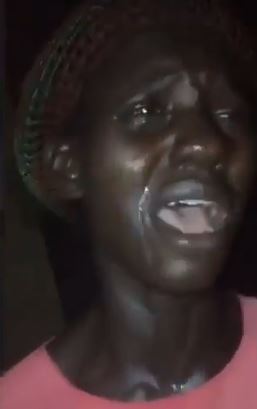 In a video that’s begun serving rounds and has angered a lot of people, the woman is seen wailing with tears dripping down her face and neck while holding her 5-year-old daughter.

She narrated in Igbo language how she was allegedly beaten by Police officers who dismissed the case of rape she had gone to report.

According to the mother, the 30-year-old man who raped her daughter, bribed the Police and the case was dismissed while she was assaulted and the man was left to go scout free.

The social media user who shared the video captioned it;

So a 5 year old was raped by a 30 year old and the Nigerian Police dismissed the case asking the mother to leave the station with her child . She was found crying in the dark of the night . This happened in Abia .
@PoliceNG
You need to do something about this immediately